Accounting for travel, break and lunch times, training and other non-billable times correctly.

Written by Jonathan Conaway
Updated over a week ago 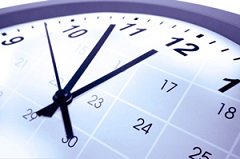 First thing first, record the times of the jobs in the order they were actually completed! If you use route sheets correctly and do not skip around, it will already be correct. Anyone who skips around on the route sheet will have to record the work in the EXACT SAME ORDER IT WAS ACTUALLY DONE. If jobs were performed exactly as the route sheet specified, there should be no problems in accuracy. The only "job" that would be out of order based on the route sheet is the "LUNCHBREAK". This one should simply be recorded between the two jobs it actually occurred. 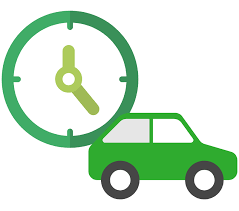 Travel time is essentially time that is spent between the end time of one job and the start time of the next. The auto travel time option is for auto updating travel times as you mark work as done. For example, sometimes as you mark work done, you do not mark it as it is listed in the Mark Work as Done area, but rather the order you have on a route sheet. Marking work as done out of order would cause the travel time that is calculated by the system to be off since you are jumping around the order. When you select "Auto Travel Time" it updates the information in jobs you have already marked as done to be accurate as if they were done in order. 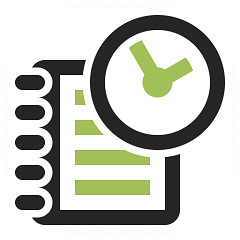 If you want to account for the time leaving the shop to get to the first job, lunch break, and the time returning to the shop, setup 3 new customers...call them LEAVING SHOP, LUNCH BREAK, and RETURNING TO SHOP (or at least something similar.)

Leaving the shop
LEAVING SHOP - Seq# 0 (This needs to be the lowest sequence number to show up at the beginning of the route.)

Lunch Break
LUNCH BREAK - This one can vary. You will need to either adjust it on the route sheet (manually) or just make it Seq#1. When you record the work for all the jobs, record it in the correct sequence it happened.

Returning to the shop
RETURNING TO SHOP - Seq# 99999999999999 (Highest sequence number available [Note: route sequence numbers generate by Google maps are 14 digits long] - so the "job" prints at the end of the route sheet.")

Then add a job to each one of these customers to occur DAILY. They will appear EVERYDAY on the route sheet, and appear in their respective positions.    Shop

Training and other cases

How would you recommend I enter in shop time or training time? Should I enter a separated job called training? What do we do for days we are in shop all day?

If you want the shop and training time to be tracked for the efficiency report then you would setup a job as described. If you do create jobs, then the report would always show 100% efficient since all their hours were assigned to a job. Any time that is not set up as a job, the report will show you the time as wasted. The most important number of payroll to $ per hour would be the same in both cases.

Did this answer your question?